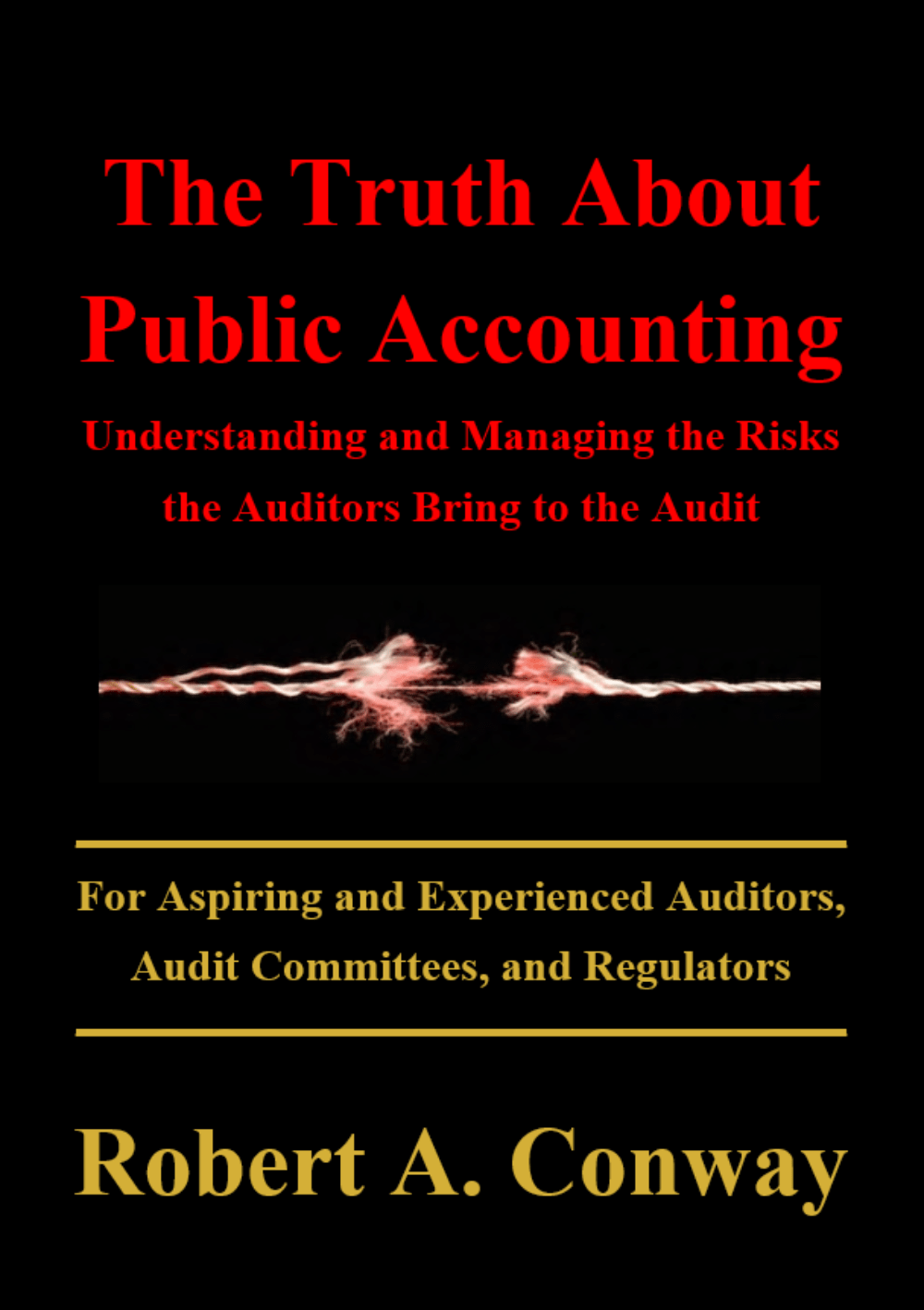 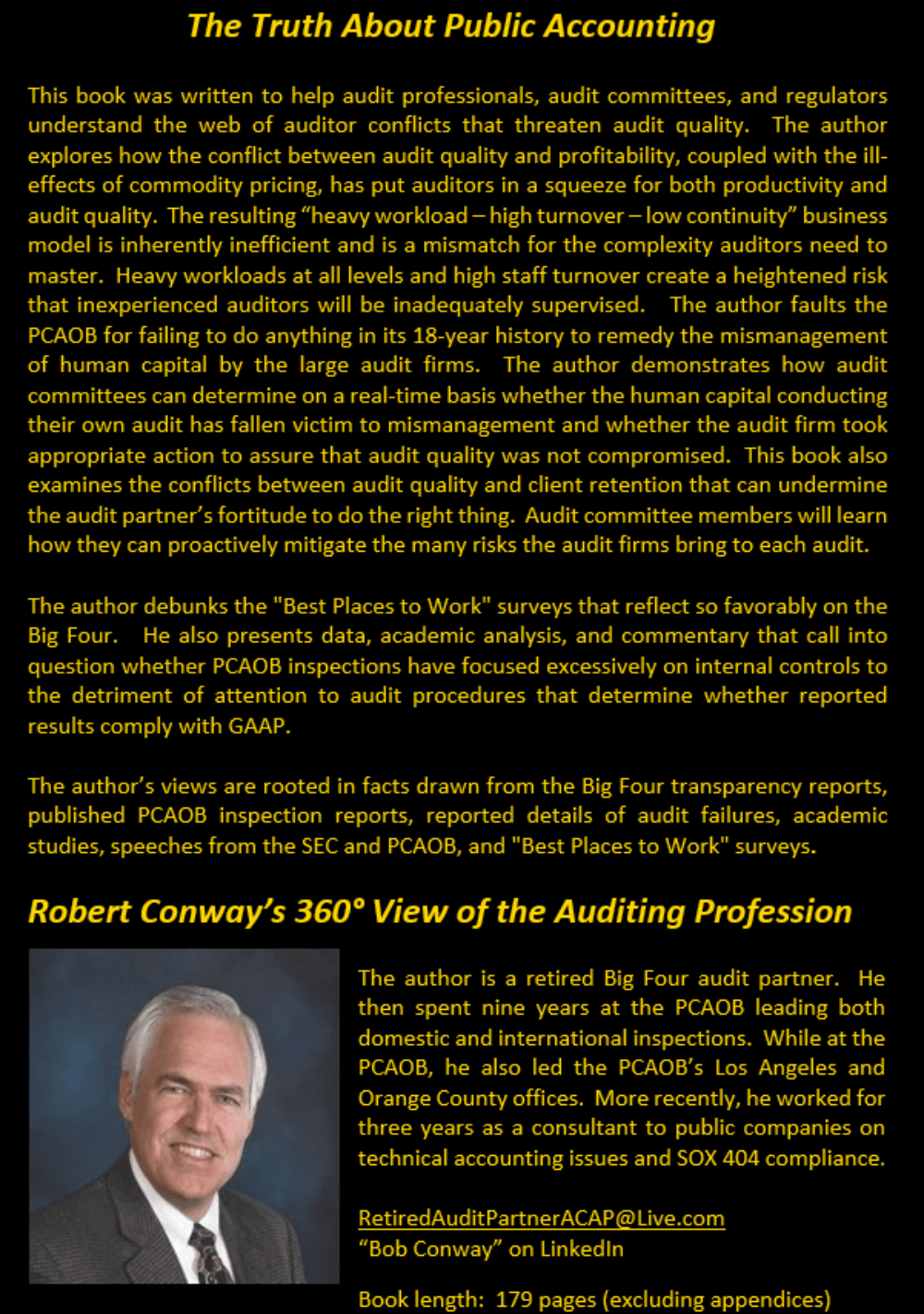 You can preview the first three chapters for FREE on Amazon. 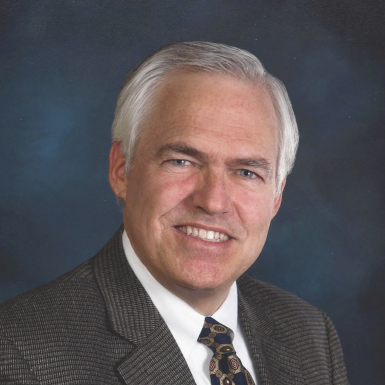 Mr. Conway is a retired KPMG audit partner. He was with KPMG for 26 years, including 17 years as an audit partner. He specialized in audits of public companies in the technology, manufacturing, retailing, and transportation industries. Mr. Conway retired from KPMG in 2005 to pursue his interest in improving audit quality by joining the Public Company Accounting Oversight Board (“PCAOB”).

Mr. Conway spent nine years at the PCAOB leading inspections of Big Four audits, both in the United States and overseas. Mr. Conway was also the Regional Associate Director with leadership responsibility for the PCAOB’s offices in Los Angeles and Orange County.

In 2007, Mr. Conway submitted a recommendation to the United States Treasury Department’s Advisory Committee on the Auditing Profession (“ACAP”) that was publicly credited with driving ACAP’s recommendation for the PCAOB to evaluate the benefits of transparent disclosure of audit firm operational metrics. The focus of Mr. Conway’s ACAP recommendation became a strategic priority at the PCAOB, leading to the issuance of its Concept Release on Audit Quality Indicators in June 2015. Today, many of the largest audit firms are publishing transparency reports disclosing many of the same metrics Mr. Conway originally proposed. Audit committees are also using metrics at the engagement level to inform their conclusions about auditor performance and retention.

Since retiring from CNM in 2019, Mr. Conway has devoted much of his time to expert witness projects, collaboration with academic researchers, university guest lecturing, and writing The Truth About Public Accounting.

Mr. Conway has frequently responded to requests for public comment on auditing and governance matters from the PCAOB, the SEC, and the International Organization of Securities Commissions. See the “Published Papers” tab for a complete list of Mr. Conway’s published comments and articles.

Mr. Conway took up long distance running as a hobby in 2010 at age 55. During the ensuing five years, he succeeded at running a marathon on every continent, including Antarctica.

I’d be delighted to speak to audiences who would like to hear more of The Truth About Public Accounting. I have extensive experience as a guest lecturer and I am very comfortable in front of large audiences. I have plenty of anecdotes and experiences to share that would make for an informative and lively discussion. Please reach out to me at RetiredAuditPartnerACAP@Live.com.

Both Paperback and Kindle Are Available

You can preview the first three chapters for FREE on Amazon.

PREVIEW/BUY ON AMAZON
Go to Top